The primary reason growers chose LEDs over traditional lighting is because of the electricity savings. LED grow lights consume fewer watts to produce about the same amount of usable light as HID fixtures. This is one of the main advantages of growing with LEDs. A grower can use LEDs to deliver more PAR to their plants per watt of electricity.

Keep in mind that some of the wattage that the fixtures draw is not all converted to light. Some of the energy is lost as heat. Furthermore, additional wattage may be used to power cooling fans that blow radiant heat away from the heat sinks. 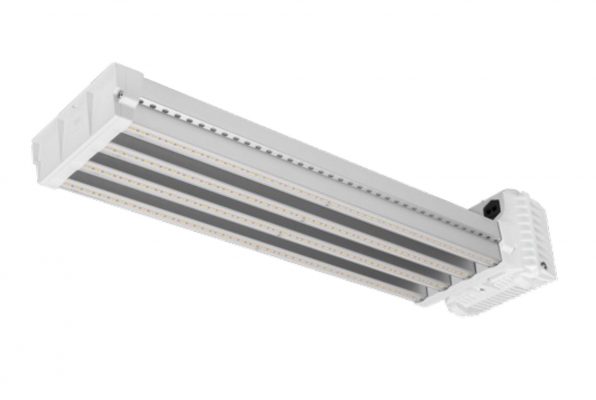 The energy saving that growers can expect from using a very efficient LED grow light, instead of an HID grow light, is around 20%. This large energy savings only takes into account the savings growers attain when using LED fixtures. It does not account for other environmental factors where growers can save energy. For example, less ventilation and air conditioning is needed, or can be foregone completely in certain situations depending on the size of the setup and ambient temperatures. Total power savings may rise well above 50% in the best scenarios.

Furthermore, growers can expect to see a rise in diode efficiency over the next several years, allowing more µmol per watt to be exuded. The cost of manufacturing and purchasing LEDs will decrease significantly, while efficiency will and increase dramatically. Following this trend LED light output will double every 3 years. The trend is driven by advances in semiconductor, material science and optic technology.

Extra energy savings can also be attained since less ventilation and/or air conditioning is required to keep the room at a stable temperature.

Fewer watts means less heat in the grow room. How do watts translate to heat? Well, one watt is equivalent 3.41 BTU/h (British Thermal Unit per Hour) or BTU for short. The more watts that a fixture draws, the more heat it gives off.

For comparison, an 820W LED Fixture emits 2800 BTU while a 1000 watt HPS Fixture emits 3412 BTU’s. Although, this will differ across fixtures and efficiencies. A 1000 watt LED fixture may not exude the same amount of heat as a 1000 watt HID fixture because the LED grow light converts more energy to light and less to heat.

On average, LEDs provide a lower wattage per square meter than HPS fixtures and therefore will push less heat into the surrounding environment.

Ideal ambient temperatures are critical for plant development and metabolism. High temperatures can stress out your plants which can slow down growth, cause wilting, and even kill them if the temperatures are very high even in a short time span.

An advantage of LEDs is that you can run ambient temperatures higher than you would with traditional lighting since LEDs emit less forward heat and will raise your leaf surface temperature (LST) as much as HPS lighting.

Leaf surface temperature is affected by ambient temperature, but is also affected by the invisible longwave radiation, or heat, from the light source. HPS lights emit excess infrared light at around 820nm that is not used for photosynthesis. The excess heat enters the ambient environment and strikes the leaves.

Unlike HPS, LED grow lights rarely contain diodes with wavelengths past 730nm. There is only a small amount of heat directed toward the plants that are emitted from the diodes. The rest of the heat is the ambient heat from the panel. Place your hand underneath and LED panel and under a HPS fixture to feel the difference in radiant heat. The LED panel’s heat will feel slightly warm, but the HID fixture will feel very warm.

Light emitting diodes are up to 40%-60% more efficient at converting energy to usable light compared to HID lights. The high-efficiency characteristic of LEDs allows lower energy draw and a low heat signature. LEDs convert about 40%-60%+ of their energy to light, while the other energy is given off as heat. HID bulbs only convert only about 20%-40% of their energy to usable light. What does this mean for the grower? Fewer watts are needed to produce the same amount of light as traditional grow lamps.

Another way to look at efficiency is through PAR efficacy which is typically reported in μmol/J (micromol per Joule). PAR efficacy is more important than using electrical watts to compare grow lights, because a fixture can draw a lot of watts, but that wattage will not directly translate to high useable light.

Since growers are able to use fewer watts to deliver the same amount of light to their plants, they will have lower capital and operating HVAC costs. Larger grow rooms will require less air conditioning to cool the room. Growers have reported a reduction of 50% in air conditioning costs when switching to LEDs. Not only does the A/C reduction stem from the efficient lighting technology of LEDs, but the fact that growers can run their grow room temperatures up to 10° C warmer when using LED grow lights.

Growers might consider reducing the power needed to run ventilation into and through their grow areas because ambient temperatures are lower when using LED grow lights. This is assuming ventilation is being used to cool the grow area in addition to providing adequate air exchange. A higher rate of air exchange can assist in keeping ambient temperatures cooler if the intake air is cooler than the air inside the grow environment.

LED grow lights can be placed closer to plants than HID lights due to their low heat output—sometimes as close as a few inches! This is advantageous to growers growing in areas limited by height. This feature also allows growers to place the lights closer to plants to ensure optimal light penetration deep into the canopy. Depending on the PPF of the light, placing the fixtures too close can result in light burn so the manufacturer’s recommendations on distance should be followed.

Spectrum is key to maximizing your plant’s potential. While light intensity and duration may be the most important factor in driving photosynthesis, spectrum can affect a plant’s shape as well as flower density, quality, and potency. Certain light wavelengths and wavelength ratios also drive photomorphogenesis effects such as growth rate, stretching and photoperiodism. 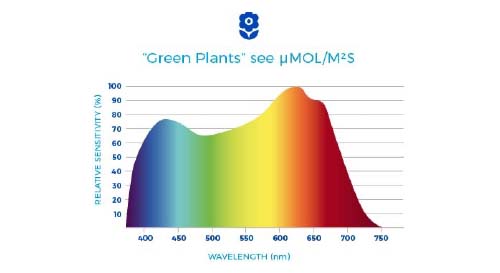 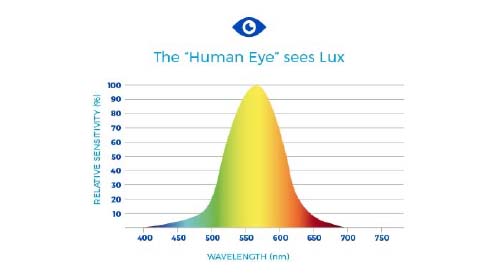 The “all-in-one-package” design of an LED grow light makes installation a whole lot easier for small or large grows.

At a minimum, small to medium-sized grows only require an LED fixture and ventilation/air circulation. Simply plug in the light, hang it up, and ensure adequate airflow and stable temperatures. Growers don’t have to set up a ballast, hang the reflector, and worry as much about the grow space overheating due to the hot temperatures exuded by an HPS bulb.

Larger grows have a more complex setup than smaller grows since they must consider the entire lighting system, electrical, HVAC, etc. However, when large farms use LED grow lights, they could install a smaller HVAC system since less cooling equipment is needed due to the lower heatload of LEDs.

LEDs are considered solid state lighting (SSL). They are not powered by filiments, plasma or gas, but instead are powered by a two-lead semiconducter. The only moving “parts” are the electrons that pass from the n-type to the p-type to create the light that is emitted from the diode.

Because there are no moving parts in an LED, they are subject to external shock with little or no damage to the diodes themselves, unlike other types of lighting such as HID or fluorescent bulbs.

Most LED grow lights are rated waterproof and dustproof—typically expressed as the Ingress-Protection code, or IP for short. A lot of fixtures on the market are dusttight and watertight with an IP code of IP65. The first number—6—indicates that the fixture is “dust tight”. The second number—5—states that the fixture can withstand a water projected from 6.3 mm nozzle in any direction with no harmful effects. There are some fixtures that are not as watertight as others and may only have a rating of IPX4 or IP63, indicating that they can only be sprayed and splashed with water, respectively.

Most commercial growers prefer waterproof fixtures, where this might not be as large of a concern for the typical home grower.

Many LED growers report faster flower growth and development with some strains finishing up to 5 days sooner when grown with LEDs compared to HPS. Other growers report a higher concentration of trichomes with an excellent terpene profile…one that rivals plants grown with HPS. The higher concentration of terpenes is likely due to the reduced temperatures from LED lights and increased amounts of blue in the spectrum. In addition, flower density is often reported as higher due to the increased blue wavelengths in the spectrum, reducing stretch and creating more compact flowers.

When do growers see a return on investment (ROI) for their LED grow light installation? There are many factors to consider for ROI that are not related to the direct monetary savings of electricity. For example, consider the cost savings of running less air conditioning due to the lower heatload when using LEDs. Furthermore, growers have reported that their plants are initiating flower development earlier—allowing a quicker turn around—and producing higher quality flowers when grown under LEDs. High-quality flower is worth more than average flower.

Return on investments will vary significantly for growers depending on if they are a small closet grow, a medium sized home grow, or a large commercial farm.

LEDs grow lights can last 10 years or more without the need for any maintenance or replacements. Once the fixture is setup, the diodes don’t need to be replaced, unlike HID bulbs which need replacing every several thousand hours.